For generations synonymous with quality, style and excellence, today Boris Arcidiacono Ltd is the leading catalyst for ‘The Sleep Culture’ within the Maltese Islands.

Boris Arcidiacono have their 700m2 flagship showroom on Tower Road, Sliema. They are presently refurbishing their three storey landmark showroom in Msida.

With a focus on service, knowledge and quality, Boris Arcidiacono have come to occupy a unique and trusted position within the Maltese Islands. Today the company offers an exclusive collection of Scandinavian market-leading products to a growing local market of consumers seeking a better night’s sleep. And that is exactly what Boris Arcidiacono strive to deliver. Using ‘The Better Sleep’ approach, clients are welcomed, listened to and guided through the product range and bespoke solutions available. This process in understanding is evident in the company’s Sliema showroom – a calm and serene environment focused mainly on sleep culture and comfort related products. Internationally relevant in terms of presentation and design, they are justifiably proud of their accomplishments. There is no other local outlet with such a strong focus.

The passion for quality and the best possible products available, instilled by his father and grandfather, saw Boris Arcidiacono occupy the leading position he has today. This family tradition displays no sign of diminishing, with Gabriella Arcidiacono (above) joining the ranks in 2006 and taking the company into its fourth generation. Apart from providing a knowledgeable, dedicated customer experience, Boris Arcidiacono became the European number one in sales per capita for Tempur products in 2008. In 2011 Tempur’s outstanding performance positioned the brand as leading supplier of mattresses in the American market. In 2012 Boris Arcidiacono secured the largest hotel Tempur order to date. The company supplied 160 double bed mattresses to the Mellieha Holiday Centre in Malta.

Santo Arcidiacono, an Italian hailing from Riposto, on the eastern coast of Sicily, founded the business in 1908 and originally occupied a small shop on Strada Reala, Hamrun. Eventually the business moved to San Paolo (St Paul Street) in Valletta. Santo gained a reputation for handcrafting fine furniture for the local elite, nobles and those with high expectations.

Giuseppe Arcidiacono joined his father Santo in the Valletta shop and learnt his trade as an artisan, becoming equally skilled in furniture manufacture. A need to expand saw the family business move their premises to Msida in 1936, where Arcidiacono senior invested 3,000 Pounds to purchase and build a large complex incorporating a manufacturing facility, showroom and residence. (above: The inside of the Msida workshop, an oil painting by Giuseppe Arcidiacono) The complex was named ‘The Period and Modern Furniture Factory’. The Msida factory had a full complement of wood working machinery imported from Milan. Wartime repatriation and exile saw Giuseppe, the eldest son, as the only family member allowed to remain in Malta, in control of the Msida factory. Boris ArchidiaconoHis father, uncles and aunts were sent overseas, some to Egypt, some to Australia, and some to Sicily. 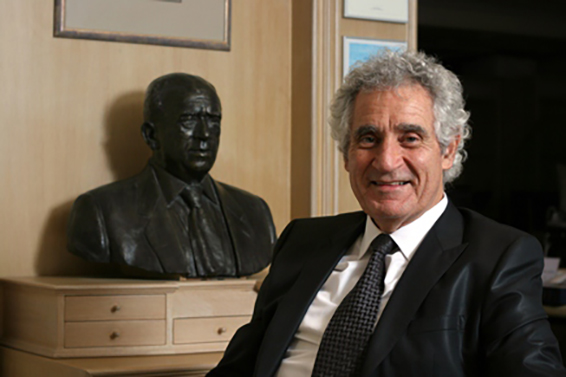 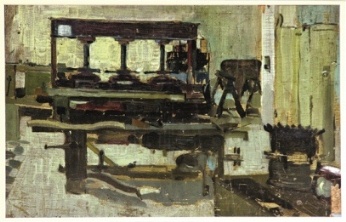 The factory was forced to give over its first floor to the Royal Air Force for parachute repairs, making it a target for enemy attacks. The premises were in fact bombed. After the bombing of the Msida factory – and having his cameras damaged – his watercolour of the bombed premises was used as evidence for war damages claims. Giuseppe Arcidiacono an accomplished watercolourist and sculptor, often painting proposed commissions within a client’s house before their manufacture, and presenting these paintings on delivery. Giuseppe rebuilt the Arcidiacono factory towards the end of the 1940s. In the late 1960’s Boris (right: Boris Arcidiacono with a bust of his father Giuseppe) and two of his brothers joined their father in the family business. Eventually, Boris Arcidiacono took over the reins of the business and through his entrepreneurship and eye for detail built the company that is a market leader today. 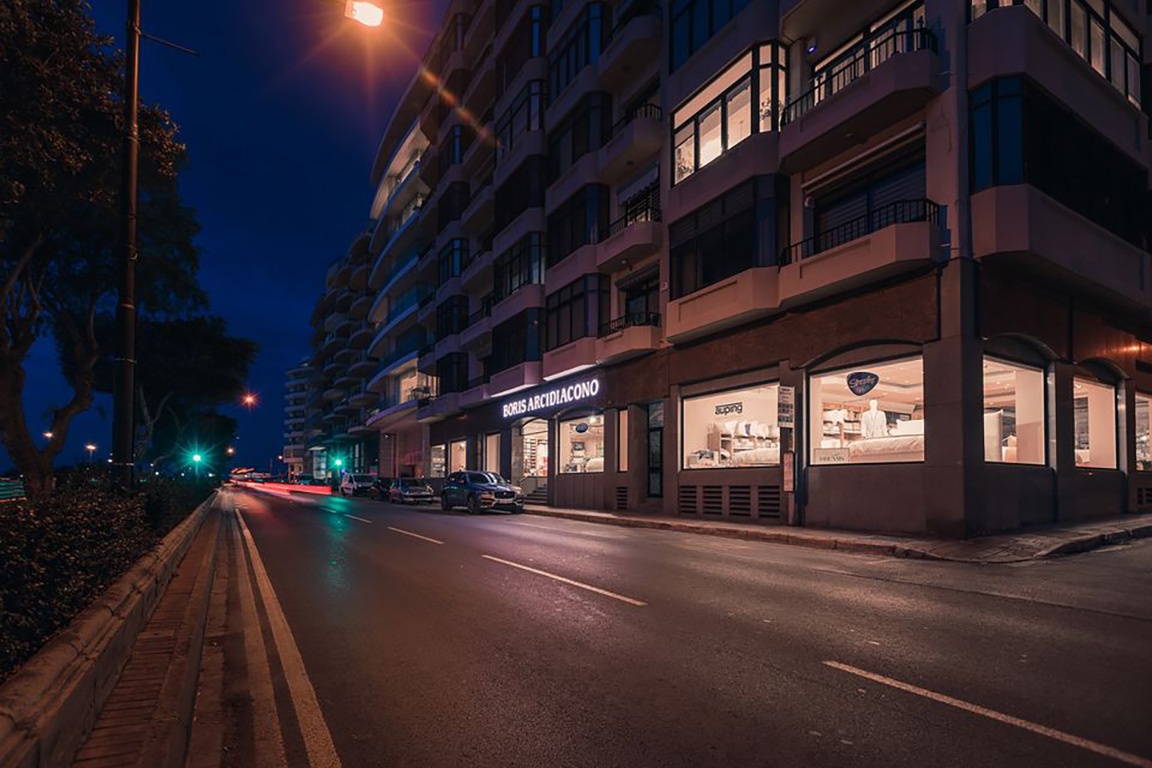 Monday to Friday 9am to 7pm

Saturday 9am to 1pm

This website uses cookies to improve your experience while you navigate through the website. Out of these, the cookies that are categorized as necessary are stored on your browser as they are essential for the working of basic functionalities of the website. We also use third-party cookies that help us analyze and understand how you use this website. These cookies will be stored in your browser only with your consent. You also have the option to opt-out of these cookies. But opting out of some of these cookies may affect your browsing experience.
Necessary Always Enabled
Necessary cookies are absolutely essential for the website to function properly. These cookies ensure basic functionalities and security features of the website, anonymously.
Functional
Functional cookies help to perform certain functionalities like sharing the content of the website on social media platforms, collect feedbacks, and other third-party features.
Performance
Performance cookies are used to understand and analyze the key performance indexes of the website which helps in delivering a better user experience for the visitors.
Analytics
Analytical cookies are used to understand how visitors interact with the website. These cookies help provide information on metrics the number of visitors, bounce rate, traffic source, etc.
Advertisement
Advertisement cookies are used to provide visitors with relevant ads and marketing campaigns. These cookies track visitors across websites and collect information to provide customized ads.
Others
Other uncategorized cookies are those that are being analyzed and have not been classified into a category as yet.
SAVE & ACCEPT
X